In the early 1850's the first settlers came to Rangiora and, at Southbrook, just over a mile to the south of Rangiora, a settlement developed at an area known as Rangiora Bush - later to be called Southbrook after one on the three streams draining the swamps, Northbrook, Middlebrook and Southbrook.

By 1878 the population of Southbrook was 353 and by the 1880's a small township had grown around the sawmills, flaxmills and flourmills.

After the settlement of Canterbury in 1850 the Canterbury Provincial Council decided to levy sums of money to supplement the fees paid to church schools in whose hands lay the responsibility for education in the early days of settlement. It was not until the passing of the Education Act of 1877, in which education became free, compulsory and secular, that the school system as we now know it became established.

On September 18 1873, a report had been forwarded to the Board of Education to the effect that the Southbrook area had failed to raise the necessary sum for the establishment of a school. This was due in part to a feeling that the people of Southbrook felt themselves to be a part of Rangiora where a school was already established. However, a levy of eleven pence in the pound was made upon the rateable value of the land.

The Southbrook residents met and elected a School Committee in October 1873. 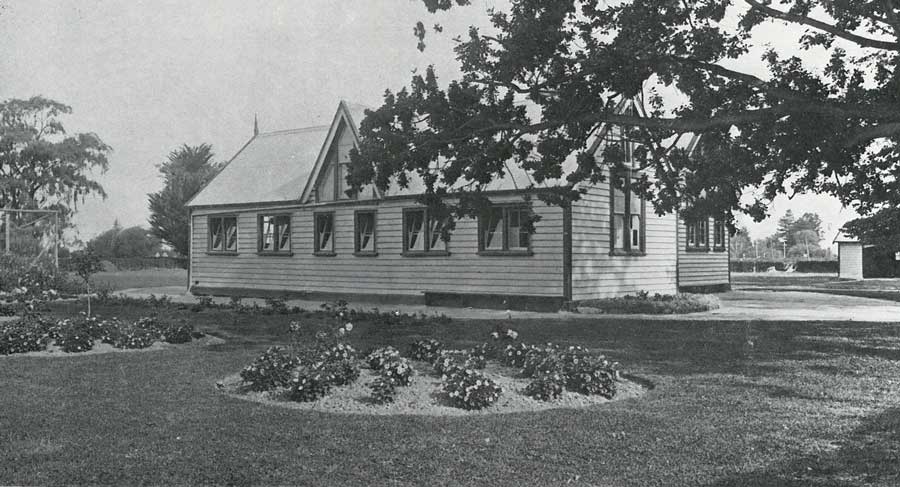 On November 4 1873, the Board was advised of the appointment of Mr James Thompson and Miss Annie Robson as the School Master and Mistress. At the same meeting the committee urged the Board to decide upon a site for the school, and suggested purchasing land belonging to Mr J Grimwood. Subsequently, Mr D Graham presented the Board with a plan of the section required and a plan of a school building 50 by 20 feet, suitable for one hundred pupils.

On February 24 1874, the Board approved of Mr James Withers' tender of 819 pounds, a figure which probably included the school residence. The school was opened on October 1 1874, with the holding of an old time tea meeting and concert to celebrate the event. The total roll for 1874 was 58.

The Grounds and Pool

The school playground was divided by a paling fence from behind the old school to the toilets - perhaps a copy of the divided Rangiora School playground - but certainly a reflection on the moral attitudes of boys and girls mixing in relatively unsupervised situations, and it was woe to the boy who wandered on the wrong side of that fence.

The school pool deserves special mention as it is the main continuing part of the school's history. The preliminary arrangements for the construction were made about the year 1890, by the School Committee, augmented by a number of other residents of Southbrook. An extract from a letter by Mr W Bean, Principal 1890 - 1899, gives us valuable information:

"During my time as Headmaster, we built the swimming pool and laid down the tennis court. This wasn't bad for a small school. The bath necessitated the raising of about 130 pounds cash, but it was done, and the bath was opened free of debt. An enormous amount of voluntary labour was done, the chief worker being a Mr J Wallace, a stonemason, who undertook to superintend the whole of the concrete work. He not only supervised, but worked himself for days on end, and made a thorough job of it. We had a lot of difficulty, as when the excavation was made, we found there were numerous springs to contend with and a lot of the concrete had to be laid in water; but in the end we overcame the difficulty. The bath was supplied with water by means of drains from the creek up by Seed's store. These acted very well unless there was too much rain, or the ducks got to work when, instead of water in the bath, we had something resembling pea soup. However, undaunted by this, we found swimming in the ‘liquid' quite an easy matter."

"I don't remember any lawns though we had a few roses down the path. One day at morning recess the pupils and I were tidying up these flower beds when the bell went. We left the spades etc, in the garden expecting to continue at lunch time. Nemesis arrived in the person of Mr Moody, the Nature Study Specialist, accompanied by Mr Strong, then Director of Education. He reacted most violently and tore strips off Mr Moody and me saying that these teachers were disgracefully careless with tools. This was not so of course but he would not listen to reason. There were many old macrocarpa trees in the grounds. I, and some visitors, were standing on my verandah when a violet sou'-wester blew up and a whole row of trees went down along the school boundary.

In the corner of the grounds the school baths were situated and these were most popular in the summer. Many an hour I spent struggling with the motor and pump which were the only means of both filling and emptying. Voltage was very low to the motor which often would not start. Bluestone was used in the water for sterilisation and this turned yellow hair green."

The Depression and War Years

"The Depression years of the early thirties were thin times for most adults but the the younger "fry" they offered excitement galore. 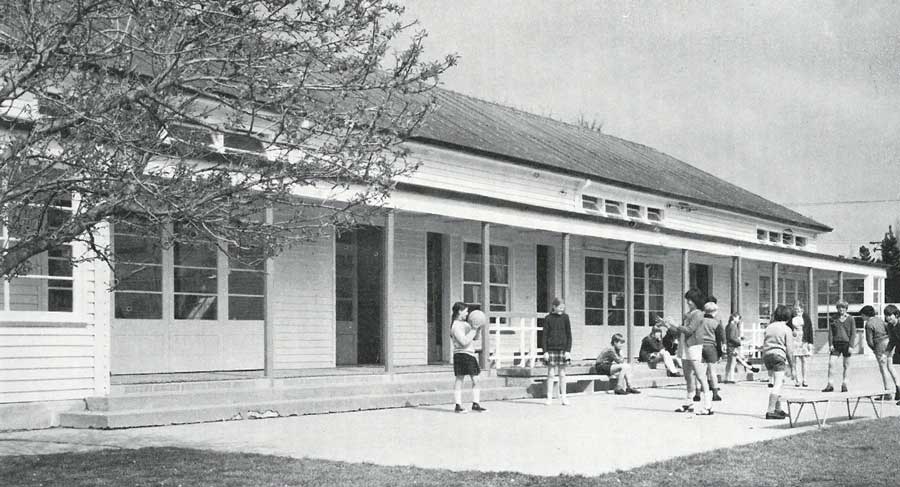 Sir Charles Kingsford Smith's landing in a paddock at Flaxton was an unforgettable occasion. The pupils of Southbrook School all trekked down to Flaxton to partake of the excitement and some were fortunate enough to have the thrill of scratching their names on the then famous "Southern Cross". Previous to this Mr Williamson took the pupils over to his house where he had a radio placed at an open window and the whole school listened to Kingsford Smith's arrival at Wigram following his epic flight across the Tasman. That was a wonderful experience for not only did we see and hear our first radio but we head Kingsford Smith finalising an event never before achieved and, at the same time, we saw in the sky the Southern Cross, escorted by Tiger Moths, making her landing approach."

The ‘new' school was started on August 5 1940, and the first two rooms were completed in October but not occupied until the beginning of 1941. The Hon Mr Mason, Ministry of Education, officially opened the new school on February 26 1942. Also present were Hon GW Forbes, Mr Armitage who was Chairman of the Canterbury Education Board, and Mr Bignall, Board member.

The roll rose to 81 in 1940 and three teachers were appointed. The infant class still had to occupy the old school while the Committee pressed for the third room. By the end of 1941 this was completed.

The Board demolished the old toilets, erected a bell tower, the flag pole, put up new wooden entrance gates and a gate at the back to allow sanitary disposal from the bucket toilets. The old school was demolished in various stages.

A pine hedge on the southern boundary was planted about this time and the old hawthorn hedge removed, while Lawsonias formed the eastern boundary. This planting continued into 1945 and many present trees which grace the playground stem from this period.

Another significant project was the establishment of a native section on the site of the old rose gardens. This project is now a feature of the school environment. 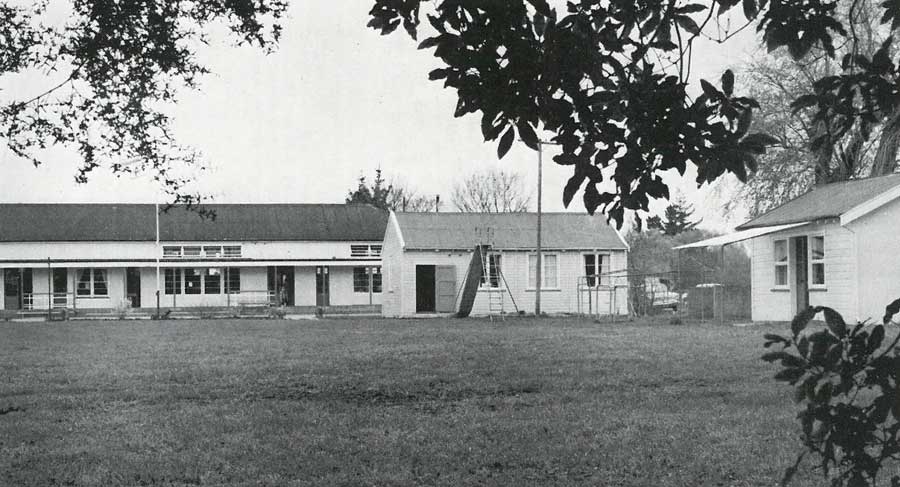 The Principal in 1974, Mr Peter Dunmill, made the following comments about the school.

"It is important to realise that a school is not just buildings but people, and it is the children and parents of this school who have made the school what it is today. We, the teachers and parents, have felt pride in the performances of the children of this school on the sports fields, the local music festival, in the care and pride they show in their school, in the concern for others, behaviour in representing their school in various functions, and their academic achievements at High School.

Now, at Centennial time, this school and its achievements are a direct example of community involvement. 1974 ushers in the promise of a new era."

On the weekend of 8th, 9th and 10th of February 1974, extensive Centennial celebrations were held as the school marked its first 100 years. Events included a ball, a formal centennial ceremony, presentation of the school bell, photographs of the various decades represented, a banquet, and a church service.

As we have now passed our 125th Jubilee it's good to reflect on the long and proud history of our school. It's a history highlighted by the commitment and dedication of school committees, and more recently Boards of Trustees, parents, PTA, staff and pupils.

For any enquiries regarding past photos, ex-pupil queries, files, or historical questions please contact the school office.

Note: The full school history, printed for the 1974 Centennial, can be borrowed from the school office. Contact us here for more information

Wishing all our Southbrook whānau a safe and happy Christmas holiday.

Thank you for all that you have added to our team throughout 2022.

Whānau meetings are for ALL school families on Monday 30 & 31 January. Please book on line as per your whānau letter.

If you have a query please email Julie - juile.walls@southbrook.school.nz

We have a great team behind us here at Southbrook School. Our staff are passionate about education and love teaching in and supporting our school and students.

Our students are what makes our school. Watching them form their education is what motivates us. Seeing the kids grow is an awesome privilege. 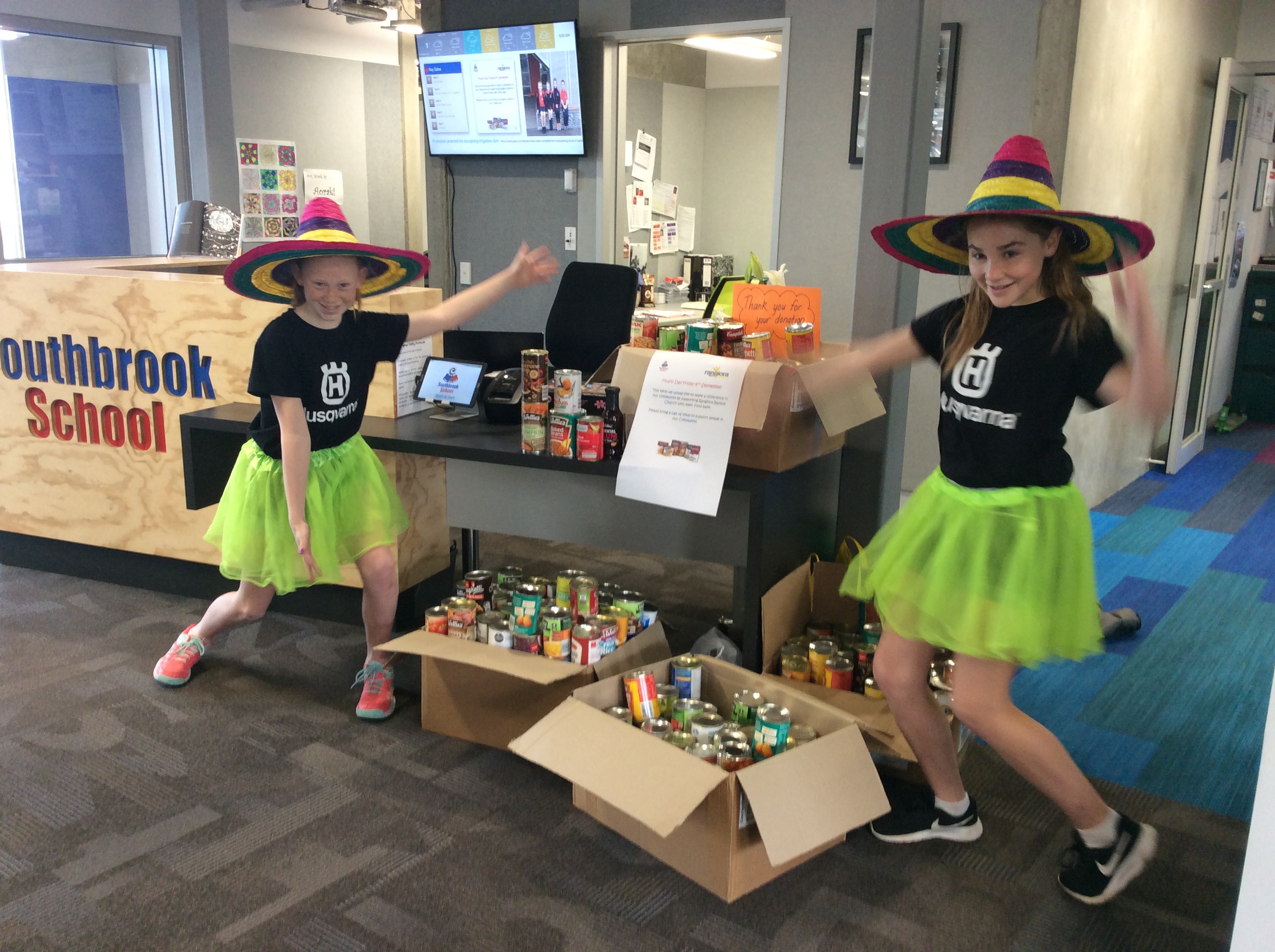 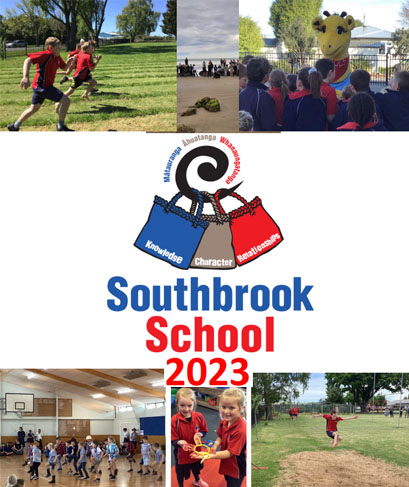